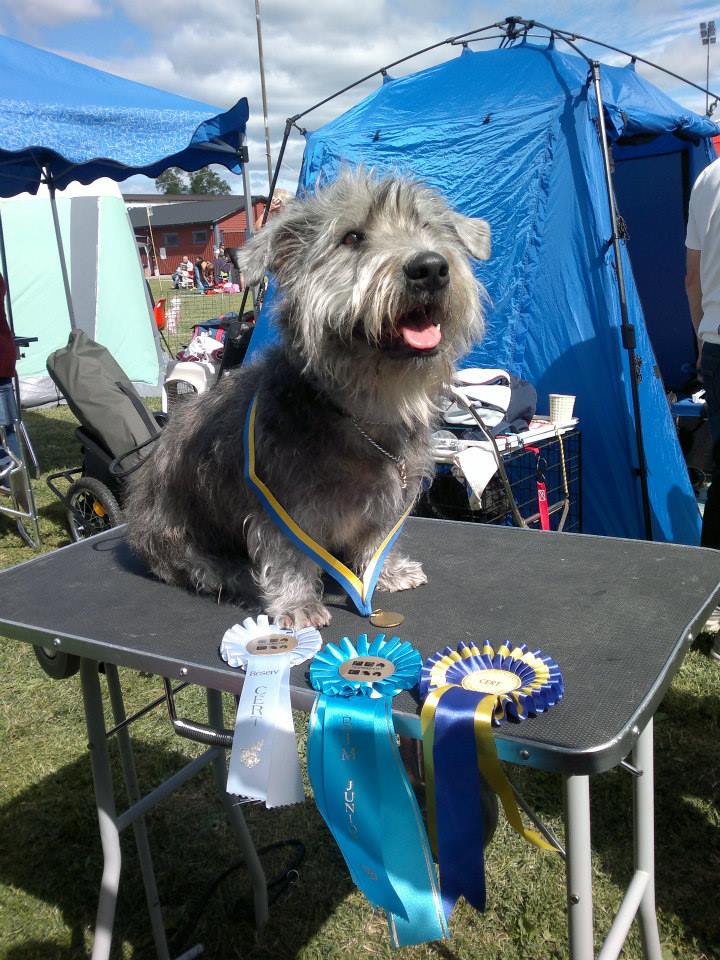 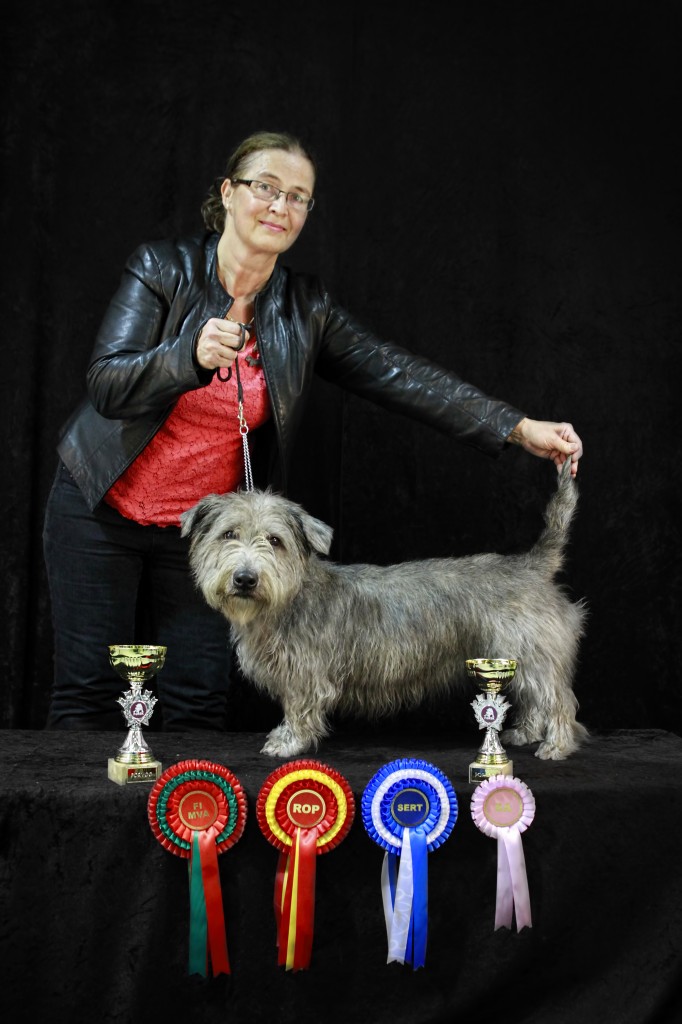 At CRUFTS 2014 Hertta won the open class despite her young age at that time (19 months) and became BB2 and got the Kennel Club Reserve Challenge Certificate, Judge Mel Hardy, UK. Hertta is a first Finnish Glen to get this achievement at Crufts and we are all very proud of her great success. 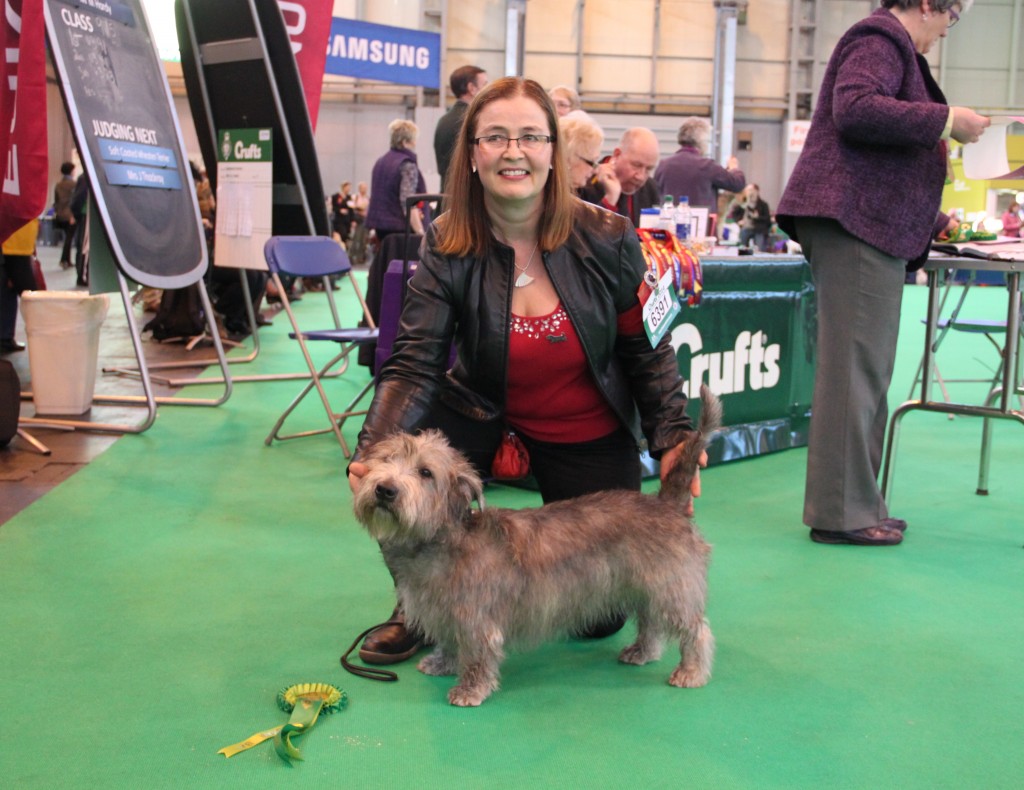 Hertta is also very sweet character and good tempered young glen lady.  I have plans to breed Hertta in this year 2015, mating will happen in April-May -15.  Hertta is PRA free and no evidence of other inherited eye diseases have been found in the clinical eye examination by the eye specialist. In addition the hips, elbows and patella luxation have been examined. In the heart auscultation no heart murmur was detected. Hertta has also participated the Mental Description test (MH-test). She is confirmed to be a healthy representative of the Irish Glen of Imaal Terriers. All the test results are found in the link of below in the Finnish Kennel Club data base.

Please go to Appearance → Widgets and add some widgets to your sidebar.